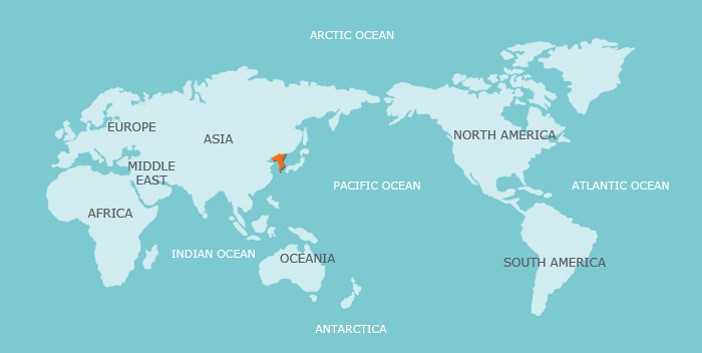 The Korean peninsula, roughly 1,030 kilometers long and 175 kilometers wide at its narrowest point, is located in Northeast Asia.

With Seoul as its capital city, Korea's total land area is 100,363 kilometers squared. Korea's neighbors include Japan to the east, China to the west, and Democratic People's Republic of Korea (North Korea) across the northern border. 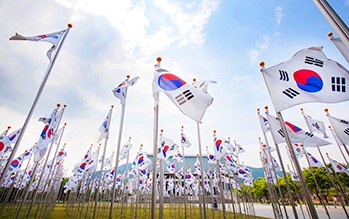 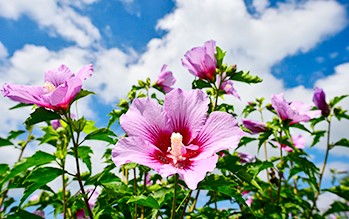 The total population of Korea is approximately 51,821,669 (as of August 2021), with most of the population residing in the Seoul metropolitan area. Outside of Seoul, other large and economically powerful cities such as Busan, Incheon, Daegu, Daejeon, Gwangju and Ulsan also have higher population densities than other cities in Korea.

Information courtesy of Ministry of the Interior and Safety (MOIS): www.mois.go.kr (Korean, English)

What time is it in Korea now? Click here 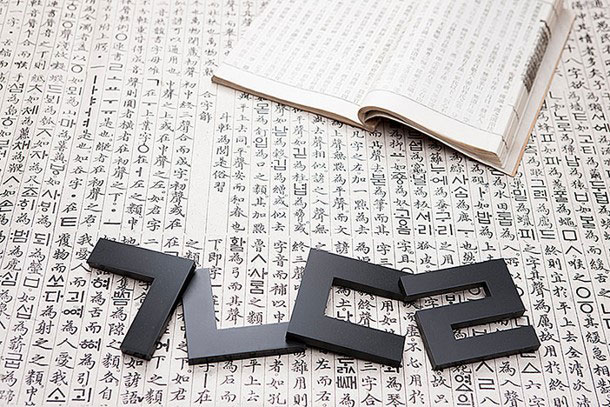 Hangeul, one of the most unique creations of the nation, was introduced in 1443 by King Sejong (r. 1418-1450), the 4th king of the Joseon dynasty.
Hangeul is a series of scientifically designed characters. The alphabet is composed of basic consonants and vowels, each with a set sound, and a dot or a line added to form more sounds.

Hangeul, as a written language, did not have any influence from pre-existing writing systems. The language is very easy for all to learn, evidenced by Korea's illiteracy rates being one of the lowest in the world. 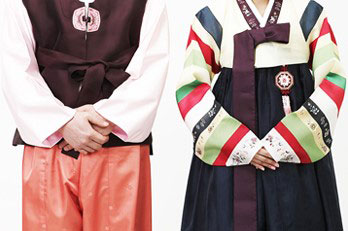 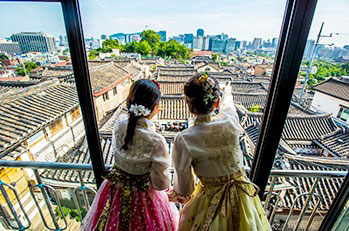 Hanbok is the traditional attire of the Korean people. Nowadays, it is only worn on special occasions or anniversaries. It is a formal wear and many Koreans keep a hanbok for such occasions.

Although hanbok have become the ritual dress of choice worn only on traditional holidays, Koreans' love for hanbok is tremendous. The number of people wearing stylish hanbok modified to suit as an everyday wear continues to increase, and many enjoy outing in hanbok by renting one from hanbok rental shops. 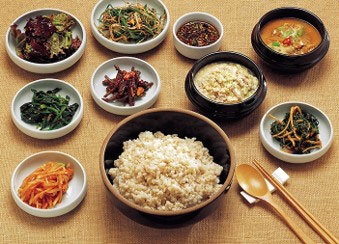 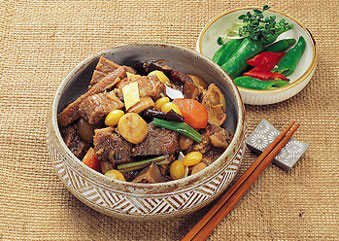 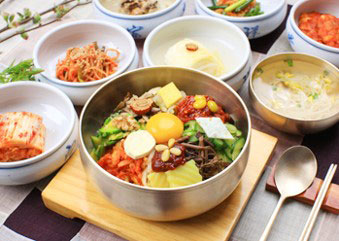 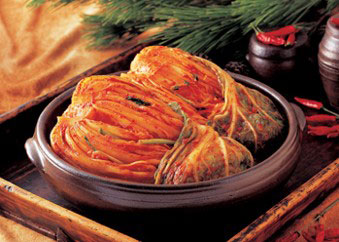 Hansik refers to traditional Korean food, centered on rice, served alongside a bowl of soup and a variety of side dishes. Most dishes use meat and vegetables as the main ingredients, and are boiled or steamed in brine or water rather than fried in oil, making hansik very healthy. More than anything else, hansik's most outstanding feature is the amount of fermented foods. The most well-known are kimchi (fermented cabbage), ganjang (soy sauce), doenjang (soybean paste), and gochujang (Korean chili paste).

Popular dishes among international visitors include bulgogi, bibimbap, and hanjeongsik (Korean table d'hote). Bulgogi is a marinated beef dish that is sweet and tender in texture. In particular, the soy sauce seasoning is not spicy, thus making it a great introductory dish to hansik.

Bibimbap, on the other hand, is a complete meal in and of itself. It is made by mixing rice with all kinds of vegetables and then topped with gochujang for that extra kick.

Hanjeongsik is served as a full table’s worth of side dishes featuring meat and vegetables along with soup, steamed foods, and hot pots. This is a popular choice for visitors looking to try a little bit of everything. 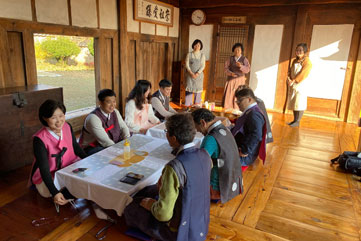 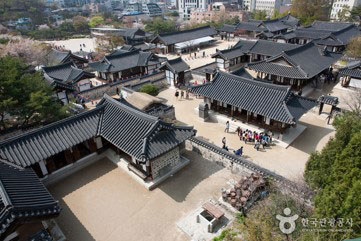 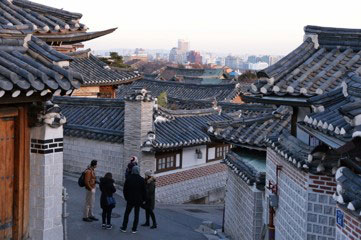 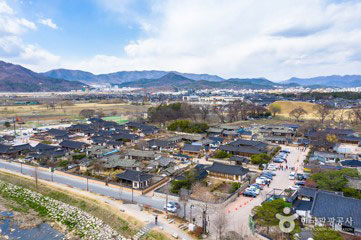 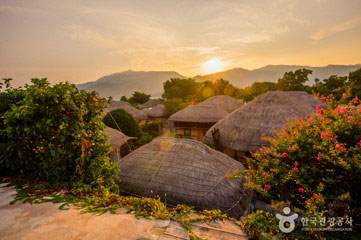 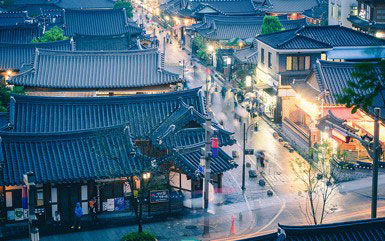 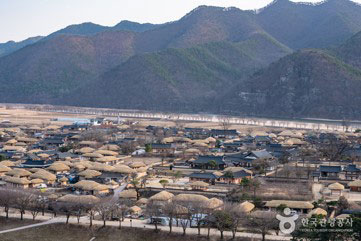 The first is the unique heating system of ondol. A layer of stone is laid down below the flooring and when heated, the heat spreads up into every room of the house, keeping both the floor and the air surprisingly warm in winter.

The second attractive point to hanok houses is that they are environmentally friendly. The materials needed to build a hanok house are free from chemicals, making it a healthy environment. The pillars, rafters, doors, window frames, and floor are wooden, while the walls are a mixture of straw and dirt. The paper to cover the frames of doors and windows was made from tree pulp. 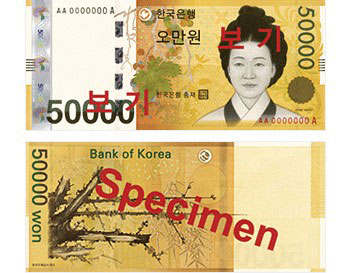 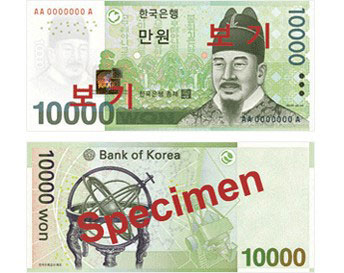 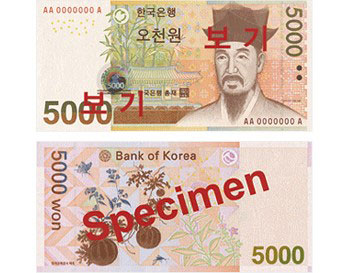 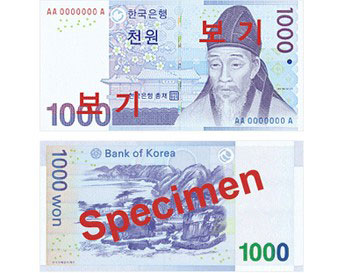 Most of the businesses in Korea widely use and accept payment by credit cards, including at major hotels, department stores, and general shops. Visa, MasterCard, American Express and other credit cards can be used; however check the service availability before making purchases as some stores may not provide this service.

When you need to exchange your foreign currency into Korean won, visit a bank or authorized exchange service center. Banks are generally open 09:00-16:00 on weekdays, with exceptions to certain banks that operate 09:30-16:30 such as EVERRICH Bank.

For more info’ about Money Exchange in korea.

The standard voltage in Korea is 220 volts at 60 Hertz, and the outlet has two round holes. If you do not have a multi-voltage travel adapter, you may ask to borrow or purchase one from your hotel's front desk. You can also find them at the airport, retail stores, major duty-free shops, and even convenience stores. 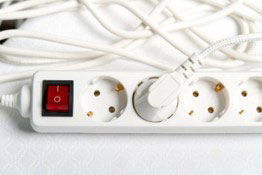 Korea's major airports, including Incheon, Gimpo, Gimhae and Jeju International Airports, have roaming centers, operated by local network service providers. Visitors can get their mobile devices connected for roaming here after a simple registration process. In addition to roaming services, SIM Card purchase, Wi-Fi egg rentals and even smart phone rentals are available. More information about the fees, location of roaming centers and other details can be found on the service provider's official website.

Travelers can purchase a SIM card to insert in their personal cell phone device to enjoy unlimited data or receive a personal number while traveling in Korea. These prepaid SIM cards usually cost less than roaming services and offer unlimited data for a period of 5, 10 or 30 days. The SIM cards can be purchased at CU and 7-Eleven convenience stores at Incheon International Airport and Korea SIM Card’s official website. 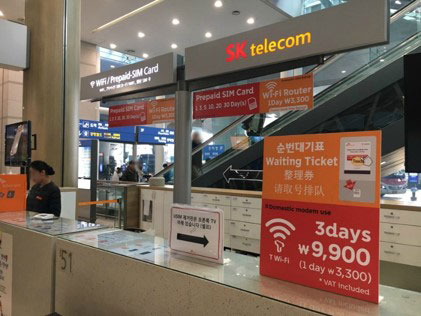 Wifi service is often provided in public places such as airports, train stations, and bus terminals in Korea. PC rooms and internet cafes are also great places to go and they are mostly open 24 hours.

Many of Korea’s large hospitals operate an International Health Care Center, catering to international visitors. These centers offer top-notch medical services and have expert interpreters available to assist with the entire process, from reservations to treatments and follow-up appointments.